3ds max: 3d objects based on a path with loft function 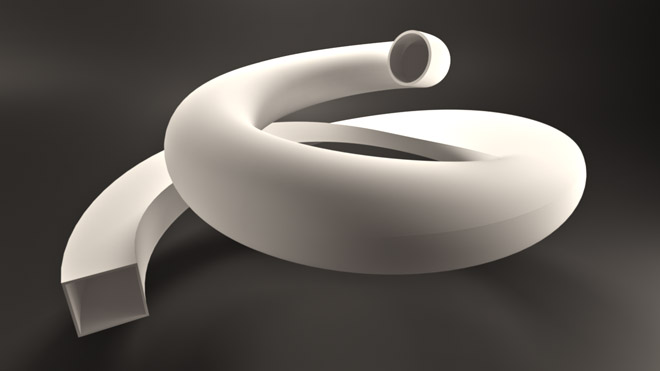 ‘Lofting is an important method for 3D object creation. You create shape objects to serve as a path and any number of cross-sectional shapes. The path becomes the framework that holds the cross-sections forming your loft object.

The term lofting comes from early shipbuilding. A large framework called a loft was built to hold the hull of a ship while it was assembled. The process of hoisting the ribs (cross-sections) of the hull into the loft became known as lofting.

A traditional method for building three-dimensional models of a modern vehicle design is to draw cross-sections at a number of key points. These cross-sections are cut out to form two-dimensional templates that are then placed on a rail. The model builders fill in the space between the templates to generate the surface of the model.

You create loft objects using a similar process. You first create two or more spline objects. One of these splines will be the rail, which is referred to as the path. The rest of the splines are the cross-sections of your object, which are called shapes. As you arrange your shapes along the path, 3ds Max generates a surface between the shapes.’ (Help menue-3ds max)

Learning: 3d objects based on a path with loft function 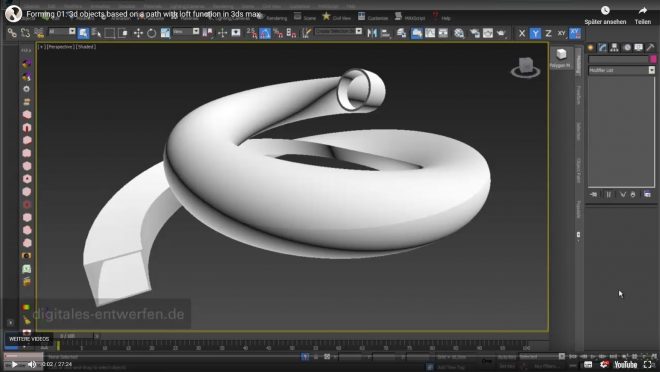