Introduction to Subdivision in Rhino 7 by Phil Cook 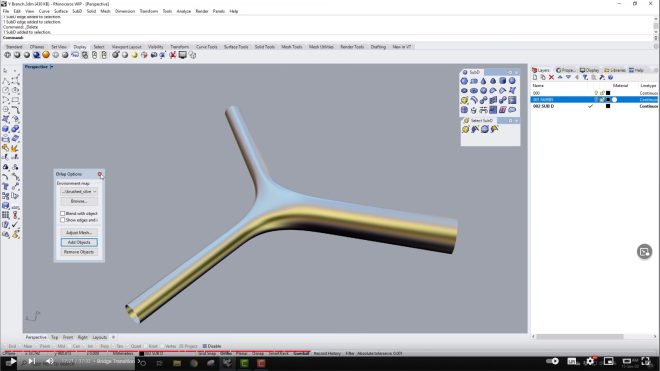 Phil Cook from Simply Rhino takes a look at SubD, that is being developed for Rhino v7.

Introduction: What is SubD

Why do we need SubD?

“Traditionally SubD objects are mesh based and lend themselves well to more approximate types of modelling such as character modelling and creating smooth organic forms that are controlled in an approximate fashion. Rhino SubD objects are, however, high precision spline based surfaces and thus introduce a level of accuracy to the process of creating complex freeform shapes. Whilst traditional SubD ‘push-pull’ editing of edges, faces and vertices is enabled, Rhino’s surface commands such as Loft, Revolve, Sweep 1 & 2 and Extrude all now produce direct SubD output. Similarly the Control Point Curve and Interpolated Curve have ‘SubD Friendly’ options that allow accurate SubD surfaces to be produced from a curve layout in a similar method that one might employ for NURBS modelling but with the advantage of the inherent smoothness of SubD surfaces.
The video starts by examining SubD surfaces and how these compare to NURBS before moving on to look at some examples of how and why SubD can be used alongside the traditional NURBS workflow in Rhino.”